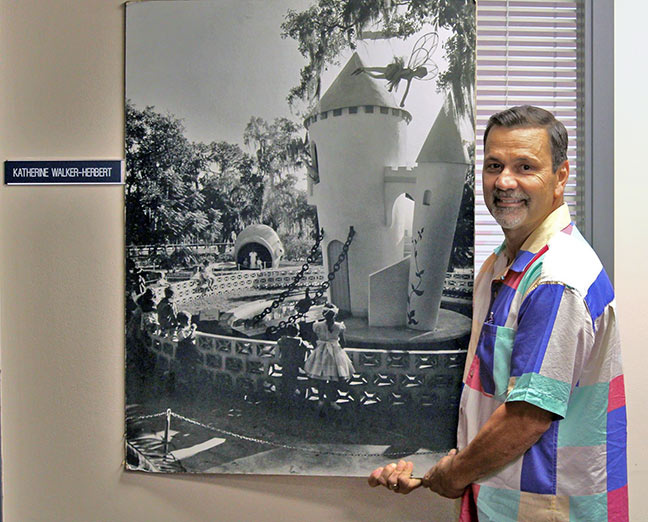 Found in a City of Tampa storage lot behind a city garage by Mario Nuñez, the figures which captivated the imagination of visitors to Fairyland at Lowry Park since 1957, were removed from the Fairyland Walk at the Fun Forest in Lowry Park circa 1996 to 1999, had been left to the elements and were in rough shape.

Lowry Park and Fairyland have long been a popular topic of discussion at the Tampa Natives page on Facebook.  In late January of 2017, the page had just over 10,000 fans, many of whom have fond memories of the original Fairyland, built in 1957 under the direction of Mayor Nick Nuccio.